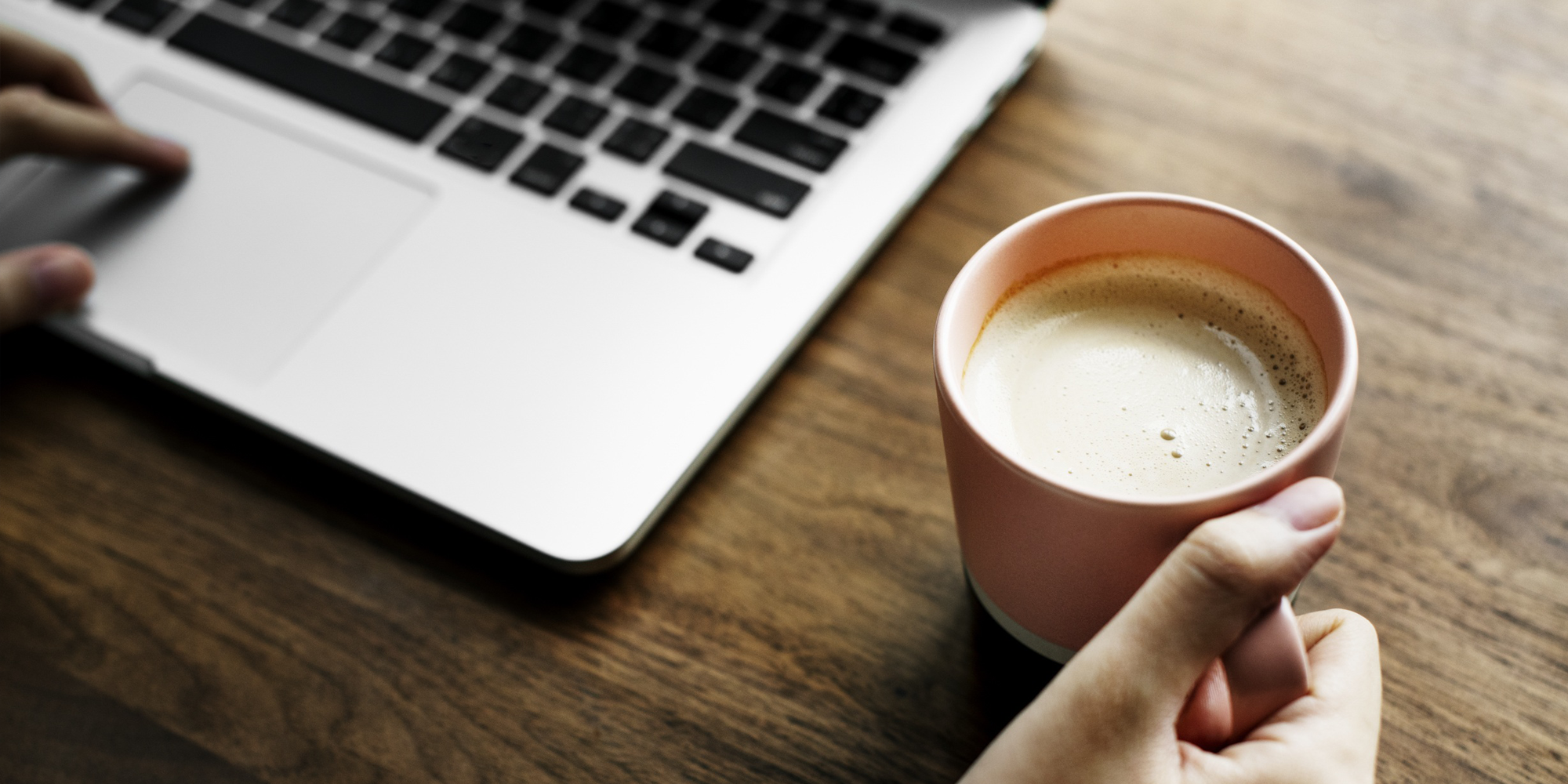 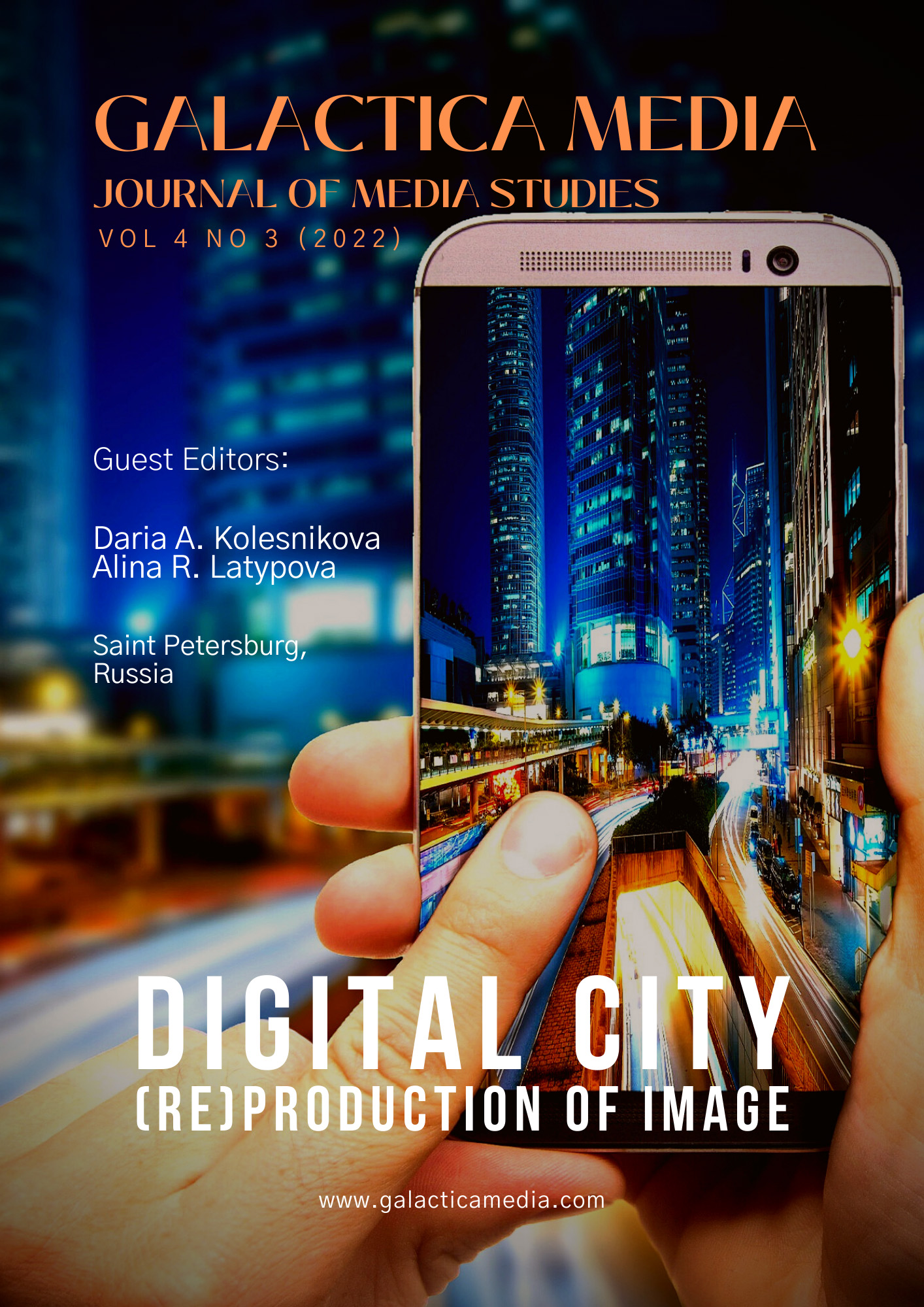 Contemporary city is penetrated with images: it is covered with advertising posters, glowing screens, and signboards, it becomes an arena for contemporary art installations. At the same time the city produces images itself: terabytes of visual data pass through video surveillance cameras, citizens’ smartphones, etc. Smart technologies are used more often in the city space creating a new media layout. Media images and visual environment of the city transform the contemporary type of subjectivity making the question about frontiers, norms and the permissible level of visual pollution up to date, as the full elimination of visual trash may lead to the destruction of sense adequacy.

Visual ecology as a discipline works not only with images which cover city landscape, but also with images which are latent. To explore the boundaries of visual-ecological space which was formed with digital technologies in city environment, we need to analyse visual experiences and practices of augmented, media, hybrid reality, which reflects in the architecture of digital milieus and interfaces. Investigating marginal zones (zones of breaks) it is possible to elaborate strategies of visual (sensual) consumption, which stand against totality of digital authenticity.

How is contemporary city developing? Is its environment aggressive? How do we deal with new technologies deal inside it? How do digital interfaces relate to city interfaces? How is city space experienced in computer games? Which normative and resistant practices may we observe in the contemporary city? We suggest answering these and other questions in our special issue.

Alina R. Latypova, a scientific collaborator of the Centre for Media Philosophy and the Laboratory
for Computer Games Research, lecturer at the University ITMO.

In case you have any questions about cooperation please write an email the following address: admin@galacticamedia.com or galacticamedia@gmail.com

The journal is indexed in:

The journal assigns Crossref DOIs to all articles. 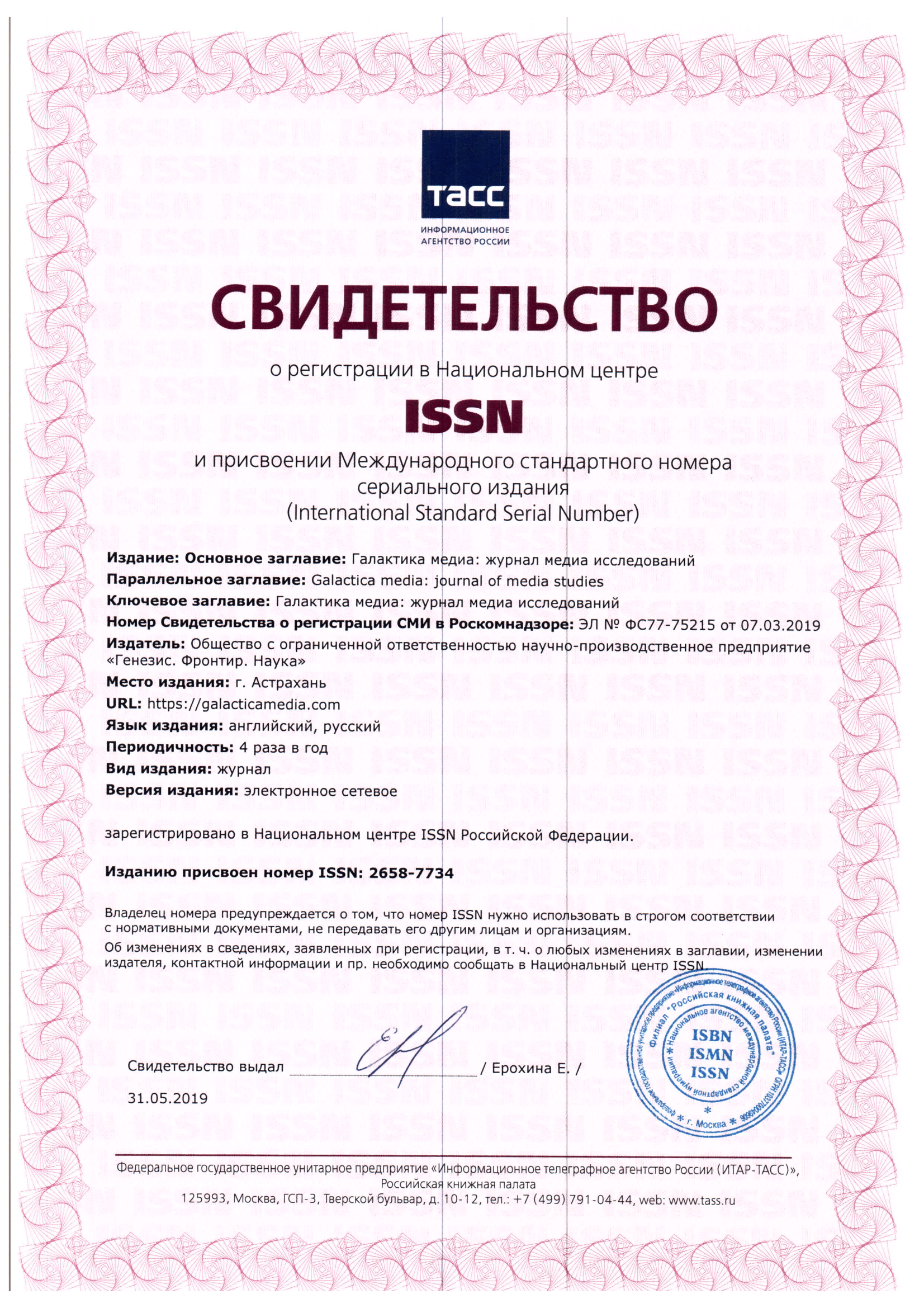